A modern bowling alley with old school prices. We are a mom-n-pop entertainment center offering bowling, pool, arcade games, a fully stocked bar and a snack bar. Our bowling alley is a favorite in Central Indiana with most of our customers becoming regulars.

​We now have new automatic scoring installed, come check it out!

Come Bowl with Us 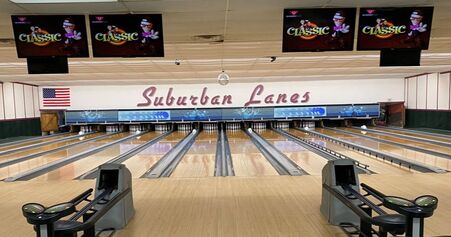 ​​Suburban Lanes was built in 1960 by Bob and Ann Crull. Originally the owners of Bowl-O-Drome in downtown Tipton, the Crulls found that a high demand for bowling called for an expansion from 8 lanes and pin boys to 12 lanes with automated pinsetters. Their new bowling center was relocated 2 miles south of Tipton on Highway 19. During the peak years of league bowling, back-to-back leagues daily were a necessity and long waiting lists for open bowling were common. Since 1983, Suburban Lanes has been owned and operated by their son, Bobby, a former Professional Bowling Association (PBA) bowler. With over 50 years in the bowling business, Suburban Lanes and Bobby still provide bowling entertainment for people of all ages and abilities.
​​
Powered by